The performance was part of the group exhibition “Invisible governments: “Gnosis” as a state of the self”, curated (and organized as a previous workshop) by Kostis Stafylakis, at “Circuits and Currents”.

The concept was the presentation of a book and a magazine, the performer is selling in her own TV show, based on the “Epsilon” theory.
The Epsilon Team  is an alleged secret society that appears in Greek modern folklore, conspiracy theories and ufology. The team was first described in a 1977 book, and supposedly consists of prominent Greek people who possess secret knowledge of extraterrestrial origin. Beginning in the 1980s, literature about the society became infused with anti-Semitic conspiracy theories, placing the Epsilon Team in a cosmic battle against the Jews. The body of beliefs related to the Epsilon Team has been labeled epsilonism, and those who subscribe to it have been labeled epsilonists. 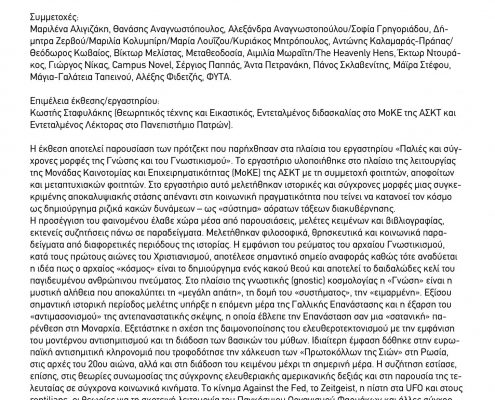 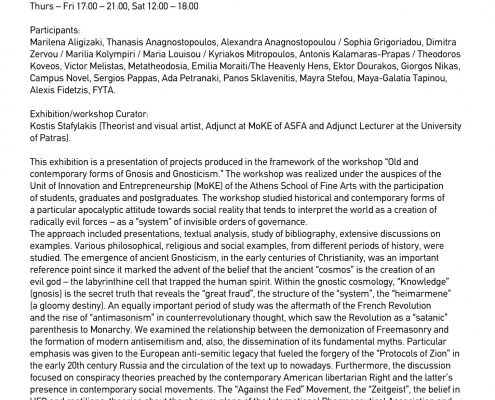 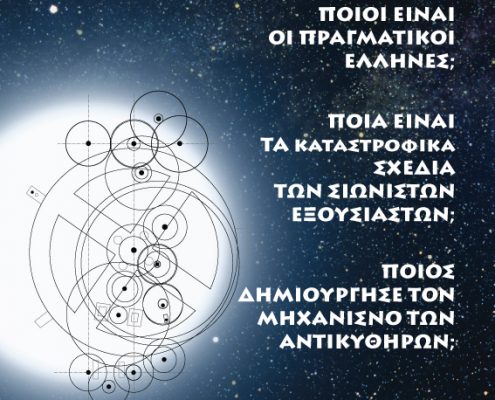 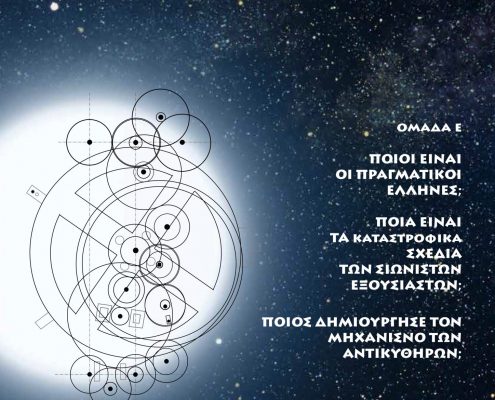 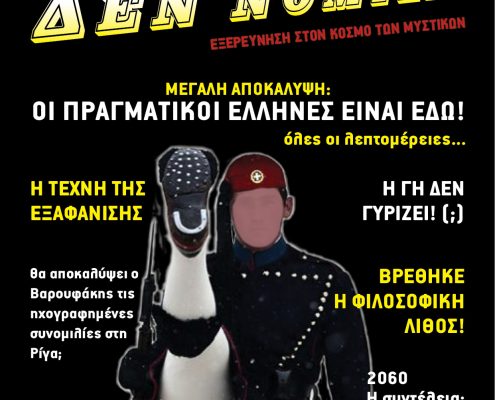 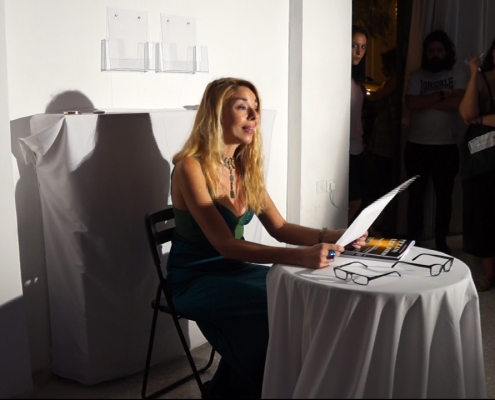 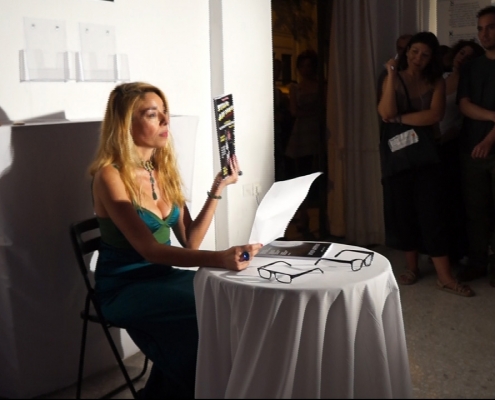 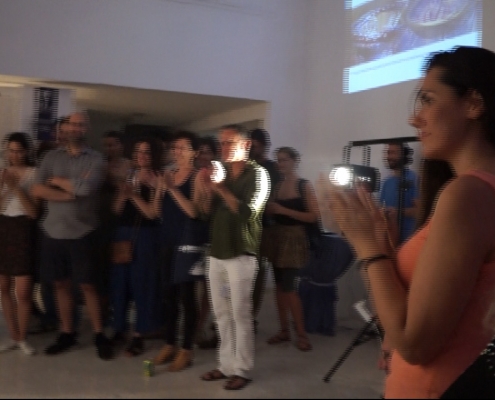 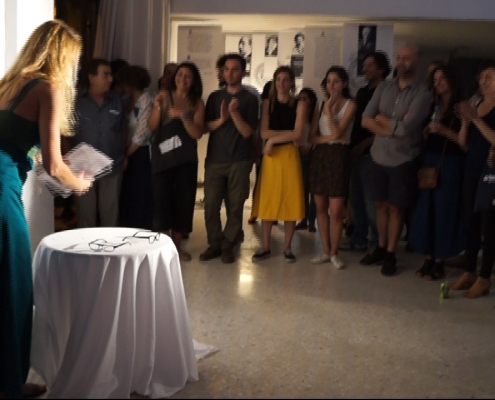 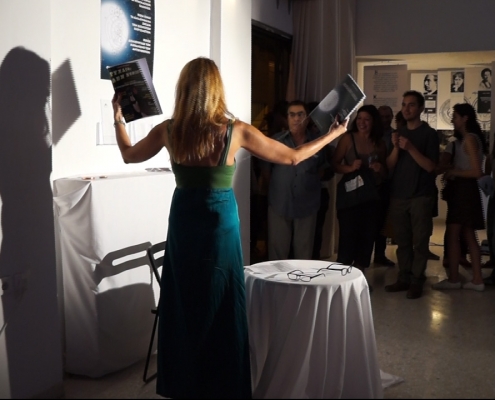 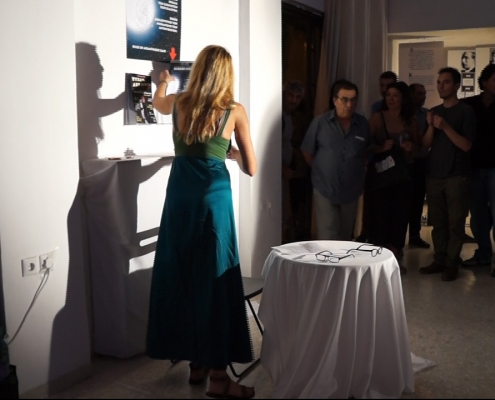 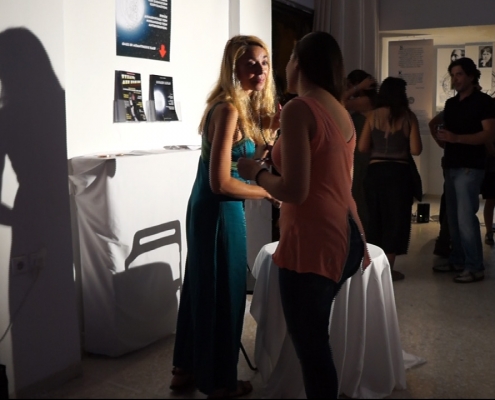